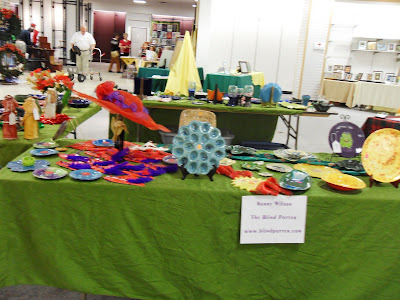 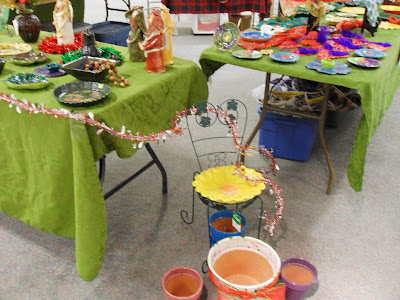 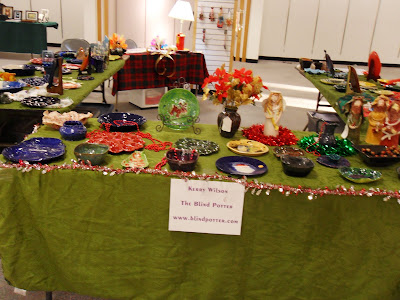 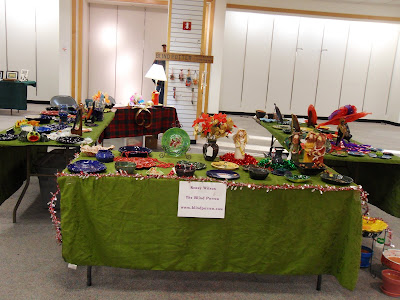 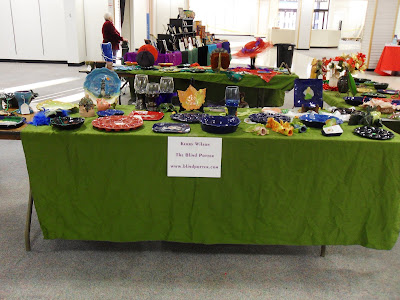 Kerry Wilson the Blind Potter, entred the NC state fair with two pieces of art; 3D and sculptures. She won a 2nd place red ribbon for her tea pot lamp, and the white ribbon for her bird house. There were alot of exhibitors this year, 1st place went to a birdhouse made from 4 kinds of wood. What should I make next year ????Looking for the blue ribbon next year. 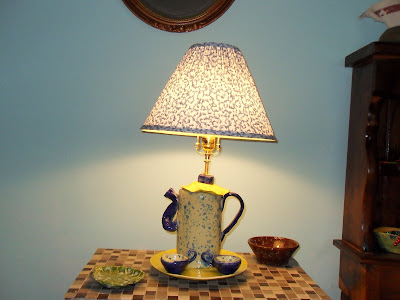 On SALE at Pandora's Books 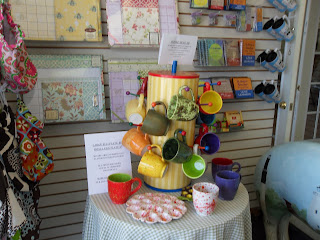 The mugs are made in Italy and are extra large. 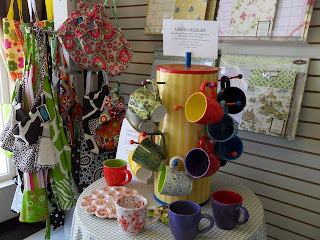 They are $10 each and have been colored by Kerry Wilson

All proceeds will go to assist the visually impaired
We are working toward purchasing a CCTV for the book store.
The cost is $2800

Have a Happy Easter!

Good Bye to the Best of Texas Festival at Six Flags

To all of my friends in Texas at Six Flags after 20 years of the Best of Texas Festival I am sorry to see it go. I will miss you all at Six Flags. Thank you for all of the great memories!
Kerry 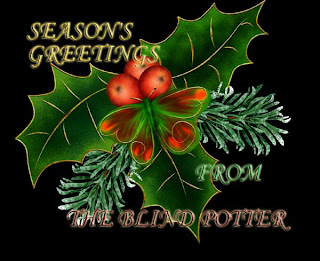 I came accross this article written by Heather Hust Rivera. All of us love Disney and something like this could enhance the experience.

Did you know the Disneyland Resort has several services available for guests with visual and hearing disabilities? I am 40 percent deaf, and I didn’t know about Disney’s Handheld Device until last month.

I’ve never been able to hear all of the audio in attractions such as the Enchanted Tiki Room, and I’ve often wondered if I’m missing some of the rich storytelling that Walt Disney Imagineers carefully and creatively incorporate into all of the attractions at the Resort. Now, thanks to Disney’s Handheld Device, I won’t be missing those special details anymore.

Today, I thought I’d give you a quick rundown of this service in case you or someone you know can benefit from this really cool tool. 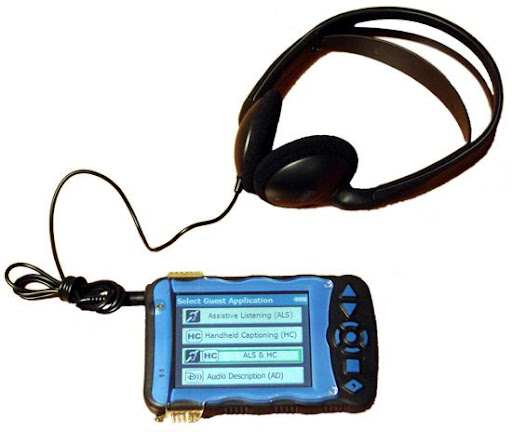 Disney’s Handheld Device is a palm-sized wireless device that was developed in 2002. The device features several services, including Assistive Listening, which provides amplified audio at 12 attractions, and Handheld Captioning, which displays text for 14 attractions.

The audio below is from the Audio Description for the Haunted Mansion. We’ve layered in some clips from the attraction to show what the audio is describing.

So, now that you know all about it, where do you get it? Guests with visual or hearing disabilities can obtain a handheld device at the Guest Relations offices, near the entrances to Disneyland and Disney’s California Adventure parks. The devices are provided on a first-come, first-served basis, and there is a fully-refundable $100 daily deposit for use.

Here is the link to the original Disney posting
(posted on November 2nd, 2009 by Heather Hust Rivera, Manager, Print and Social Media, Disneyland Resort)
Posted by K. Wilson at 5:40 PM No comments:

A little about Lexington, North Carolina.

Lexington is located in the heart of Piedmont
country in Davidson County, North Carolina.
Lexington was first settled in 1775 and it was
named after Lexington, Mass., the location of
first battle of the American Revolutionary War.
Lexington is nicknamed the Barbeque Capital of the World.

, fiberglass pigs are elaborately and creatively painted by artists then paraded and displayed as part of the “Pigs in the City” project.
This pig has a home in front of the Candy Factory.
The first barbeque restaurant in Lexington
no longer exists.
The space was incorporated into the City Hall.

Lexington has a number of monuments honoring our fallen heroes.
Below is a picture of the VietNam War monument located in the

Did you know that Elvis Presley was paid $200 for performing at the YMCA in Lexington on March 21, 1956?

Back in August we showed you Emily's High School project in progress.
Here is Emily working on her project.

Below are slides of the completed work.

Emily is a senior at Central High School in Davidson County, North Carolina. She has been a pottery student for two years. The vase she is painting is her Senior Project.
The vase is a flat piece that is covered with lady bugs, butterflies and dragonflies. It stands 20 inches tall and is 8 inches wide with leaves and a friendly little worm on the base. 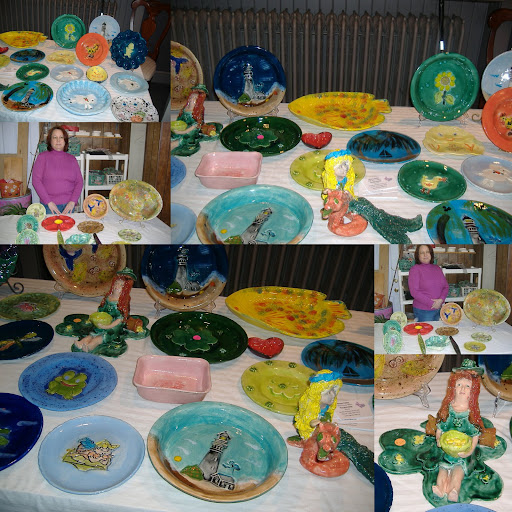 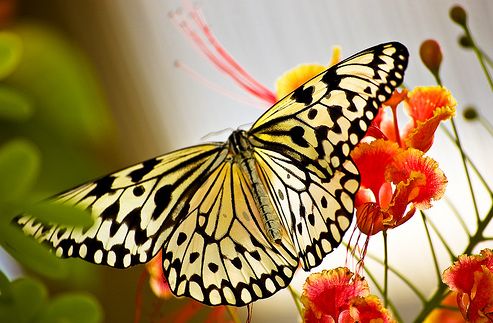 We haven't posted any new work for the Blind Potter for a few weeks now and we wanted to update all of you.

Kerry went to Texas to visit her friends and family and to participate in the Best of Texas Festival. On the first weekend, all of the North Texas area experienced rainy weather. This affected the turnout at Six Flags over Texas. Many folks did come by and said "hello" braving the conditions.

On her last weekend, at the Best of Texas, Kerry experienced a relapse with her PXE. She had felt discomfort with her right eye and it turned out to be a rupture. Kerry underwent surgery on her eye this Monday (9/28) and she is recovering well.

Kerry will be back behind the wheel soon!! The Potter's wheel that is! 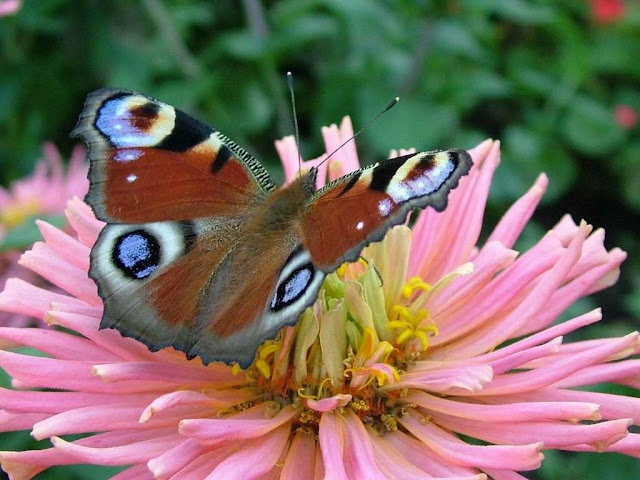 BTW- Kerry heard yesterday that she is definitely scheduled to be at the Alabama State ACB Convention in November.
Posted by K. Wilson at 1:54 PM No comments:

At the Best of Texas Festival

Come see Kerry Wilson at the Best of Texas Festival
The Blind Potter will be at Six Flags Over Texas in Arlington, Texas
Saturdays and Sundays, September 12-13 and 19-20.
From 10:00am to 10:00pm

Directions to Six Flags over Texas
Posted by K. Wilson at 4:49 AM No comments: 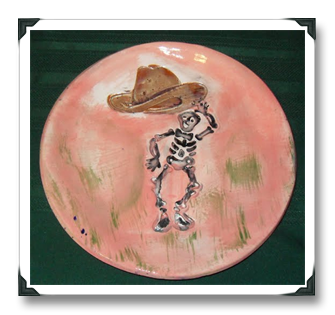 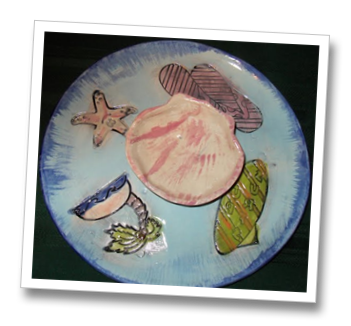 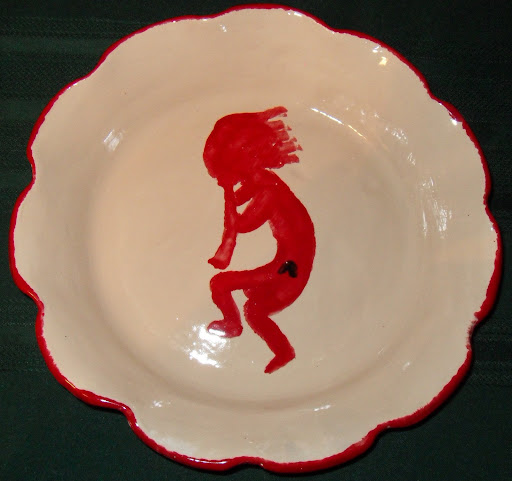 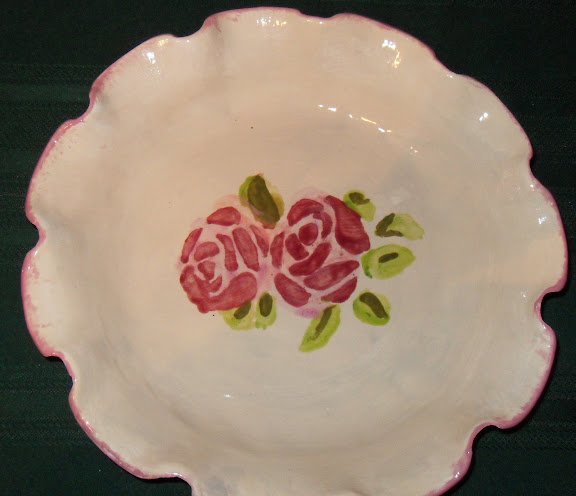 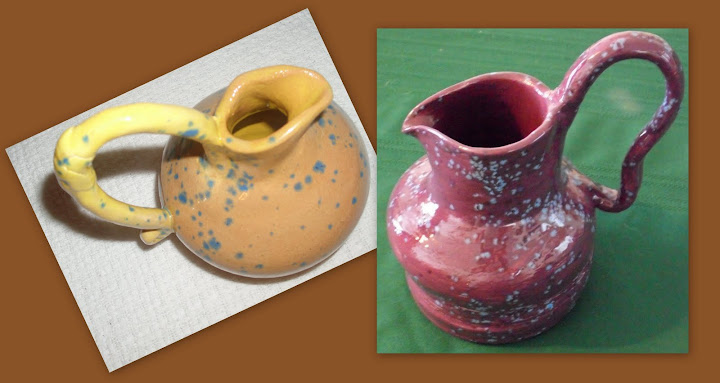 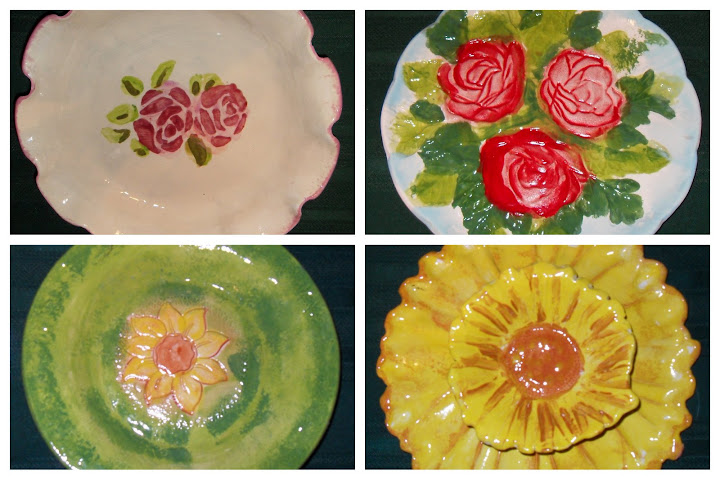 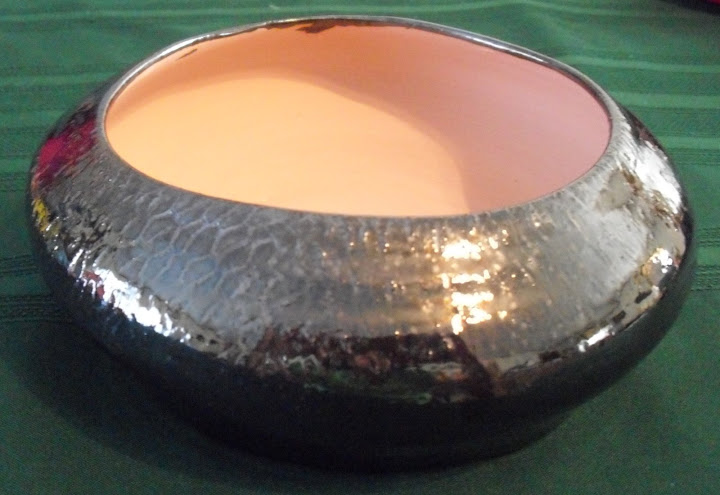 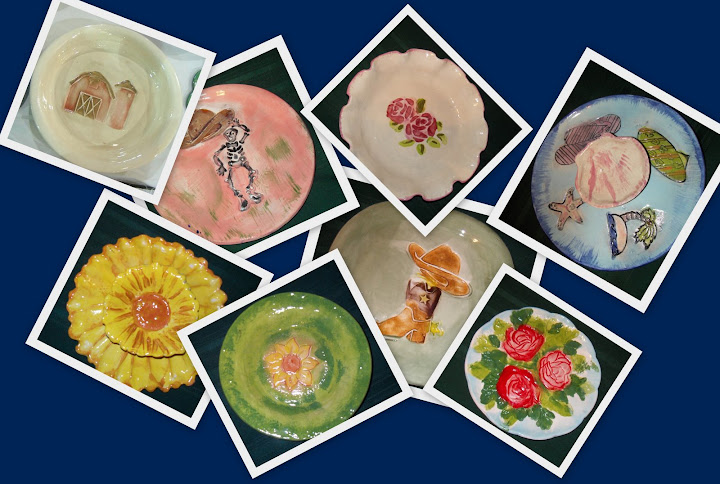 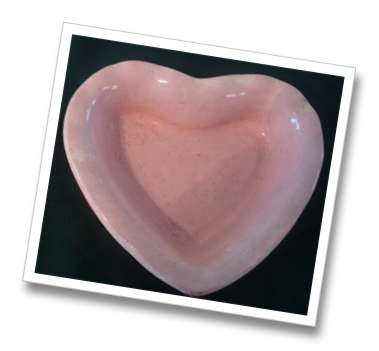 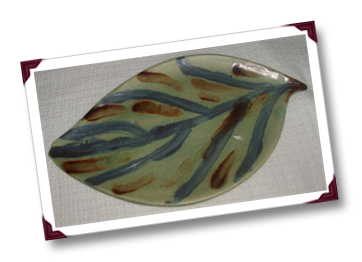 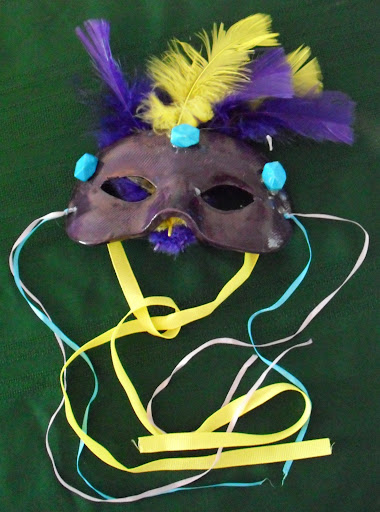 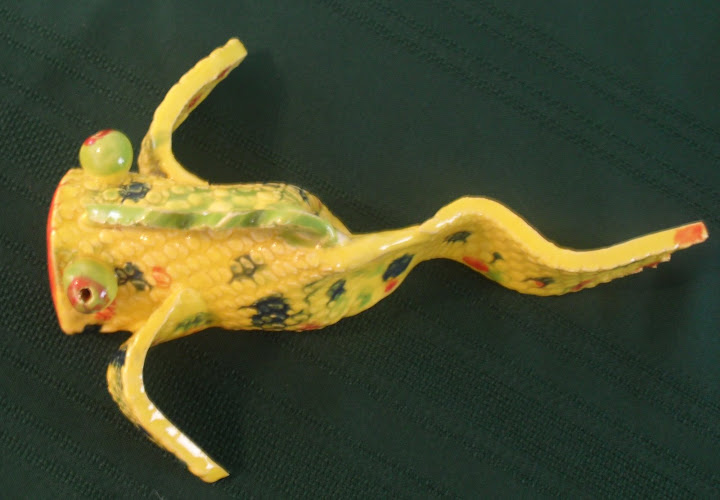 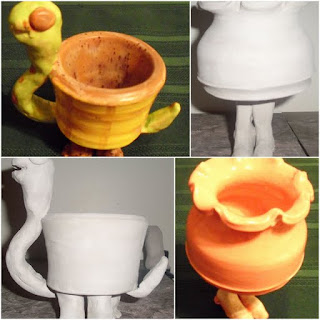 Thanks for stopping by my blog.
I'm Kerry Wilson and I'm known as
the Blind Potter.
I hope you enjoy all of my pottery.
(Please feel free to leave a comment or sign my Guest Book)

View my complete profile
Click on any picture above or click on the button below to visit my Etsy store.

All pieces are for sale
Just email me at
kerwilson@lexcominc.net.

This event will feature more than 45 vendors, all who have been featured on one of FOX8's "Roy's Folks" segments.

"We are really excited about this new location", said FOX8's Roy Ackland. "It's the only place you can catch so many of the people that I have interviewed over the years and have the opportunity to see and purchase their unique crafts." 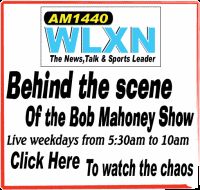 Location: I teach this class at my home at 663 New Bowers Rd in Lexington, NC. (MAP)
When: Mondays and Wednesdays 5:00pm to 7:00pm
Cost: $50 per person and $10 for supplies
Note: Will need to bring the beginners set of pottery tools and 1 box of brownstone clay.